The Government of the Republic of Serbia, two years after NERP began to apply, on its session from 30 January 2020, issued an “improved” NERP in the form of a public policy document, pursuant to Article 38 of the Law on the Planning System of the Republic of Serbia, which came into effect on 28 October 2018, almost eleven (11) months after NERP began to apply.

The obligation to comply with the emission limit values for sulfur dioxide, nitrogen oxides and dust set out in the Large Combustion Plants Directive was established by the Energy Community Treaty and the Decision of the Ministerial Council from October 2013. The Republic of Serbia was obliged to ensure the implementation of the Directive by 31 December 2017 at the latest, which it did not do. Implementation of the NERP was one method of complying with the Directive, provided that plants covered by the NERP comply with annual emission ceilings for air pollutants starting from 1 January 2018.

The Energy Community Treaty, the Large Combustion Plants Directive and the Decision of Ministerial Council, do not set out any obligation to formally adopt the NERP. However, they clearly and unambiguously set deadlines for the implementation of the Directive. These deadlines have been confirmed by the Regulation of the Government of Serbia from January 2016.

When exercising its authorities within its competence, the Government of the Republic of Serbia, in accordance with the applicable Law on Government, may adopt acts in the form of regulations, rulebooks, decisions and resolutions. However, the NERP was not adopted in any of the above mentioned forms prescribed by the Law on Government. It should be noted that the form is not common for these types of plans of national interest adopted under international treaties. The public policy document does not constitute a legally binding act, that is, it does not impose any obligation on the competent institutions of the Republic of Serbia to implement the plan, first of all, because no legal tools and sanction mechanisms are foreseen in case of its non – implementation.

By adopting the so – called ‘improved’, or amended, NERP on 30 January 2020 Government does not guarantee the implementation of the NERP between 2020 and 2027. In addition, no one was held accountable for NERP not being implemented in 2018.

The Government of the Republic of Serbia has “improved” the NERP in comparison with the plan submitted to the Energy Community, as it follows: 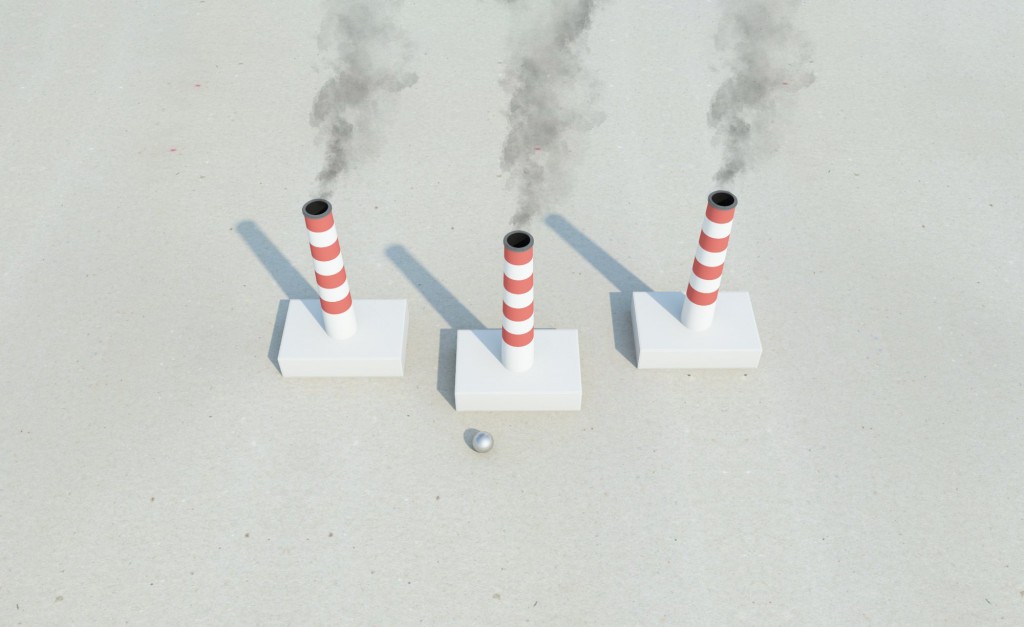 In this sense, the NERP has not been improved but modified from the version that was submitted to the Energy Community in a way that does not guarantee compliance with established emissions for pollutants, but rather indicates a delay in fulfillment of the obligations.

Documents and information confirming that the NERP has been applying since 1 January 2018 are numerous and publicly available. First of all, the NERP, which was submitted by the Ministry of Mining and Energy to the Energy Community in due time, and which was firstly presented to the public in December 2018, contains clear confirmation of the claim that the NERP is applying since 1 January 2018:

“Combustion plants covered by the NERP shall comply with the emission ceilings specified in Annexes 2, 3 and 4 of this plan, starting from 1 January 2018.”

This statement is also concrete regarding the method of implementation. It shall be implemented by complying with the annual emission ceilings for sulfur dioxide, nitrogen oxides and dust, for each year starting from 2018 until 2027 and for each of the twelve (12) plants covered by the NERP.

The equal statement also contains the so-called ‘improved’ NERP adopted by the Government of Serbia on 30 January 2020. The introductory part states that the NERP is applicable until 31 December 2027. That is true, as stated in Article 5 of the Decision, but in Article 3 of the same Decision it is clearly and unambiguously stated that the deadline for the begging of the implementation of the Directive is 1 January 2018.

In order to make the issue of NERP implementation clearer, it is important to point to the Regulation on Emission Limit Values of Pollutants into Air from Combustion Plants. This by-law actually provides for the implementation of the Decision of the Ministerial Council from October 2013 and states that: “The National Emission Reduction Plan shall apply for the period from 1 January 2018 until 31 December 2027 at the latest.”

Another document of the Ministry of Environmental Protection confirms the fact that the obligation of the NERP implementation arise from 1 January 2018. This is the information on the implementation of the National Emission Reduction Plan, from 29 December 2017. With this document, the Ministry of Environmental Protection informed PC “Elektroprivreda Srbije” that the NERP will be implemented from 1 January 2018.

It is clear that the implementation of the NERP is only possible under conditions that its validity and binding are not called into question. With their actions, the Government of the Republic of Serbia and the ministries responsible for energy and environmental protection have performed its activities in a way that has led to the NERP not being implemented in 2018. The adoption of this plan as a public policy document in 2020 creates preconditions for not implementing the plan in the next two years, and its implementation by 2027 makes extremely uncertain.

At a press conference held on 10 February 2020, the Renewables and Environmental Regulatory Institute presented its findings on the implementation of the National Emission Reduction Plan, emphasizing the circumstances that followed its “adoption” and how the (non) adoption and nonimplementation of the NERP affects the international obligations of the Republic of Serbia and the daily life of Serbian citizens and the air they breathe. Mirko Popović, Program Director of RERI and lawyer Jovan Rajić, President of the Board of Directors of RERI, spoke on behalf of RERI.

Watch the full press conference below: